Darren and I explored a lot today. First the museum, then the cemetery and then onto Sofala (which is a very winding drive) and the area is beautiful due to the magic silky oak lined waterways and some rolling countryside and rocky outcrops. When we made our daily walk to the pub we noticed a sick mother kangaroo and her baby. A local man stopped to chat saying he was keeping an eye on them but they were sure to die due to dehydration. There were so many kangaroos in the village that they were crowding themselves to starvation. They are also competing with herds of wild goats.The mum and child were later euthanized by rangers. 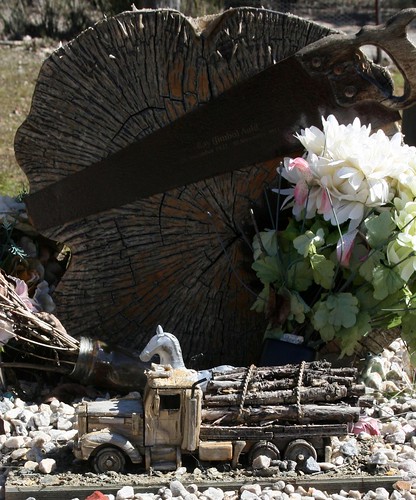